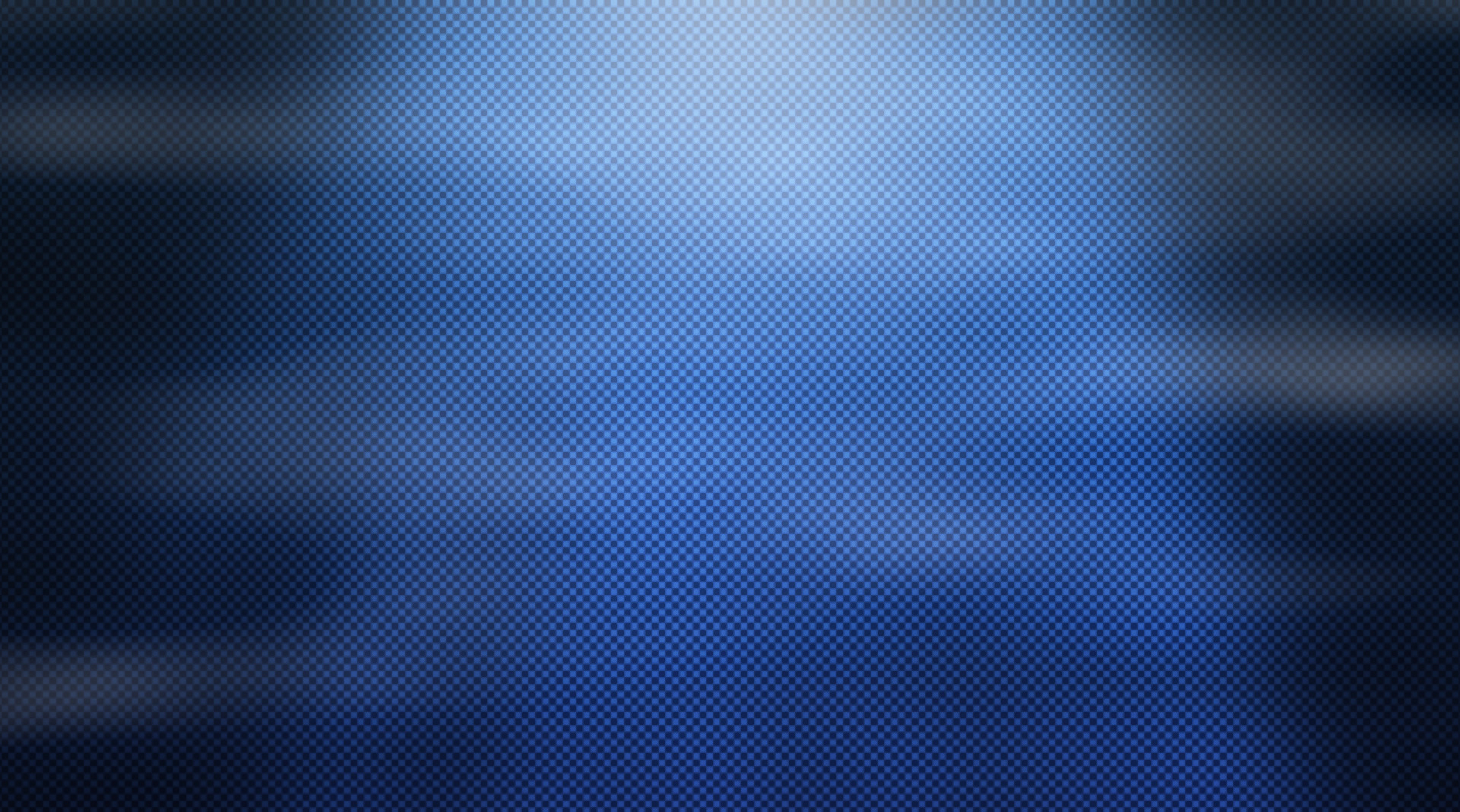 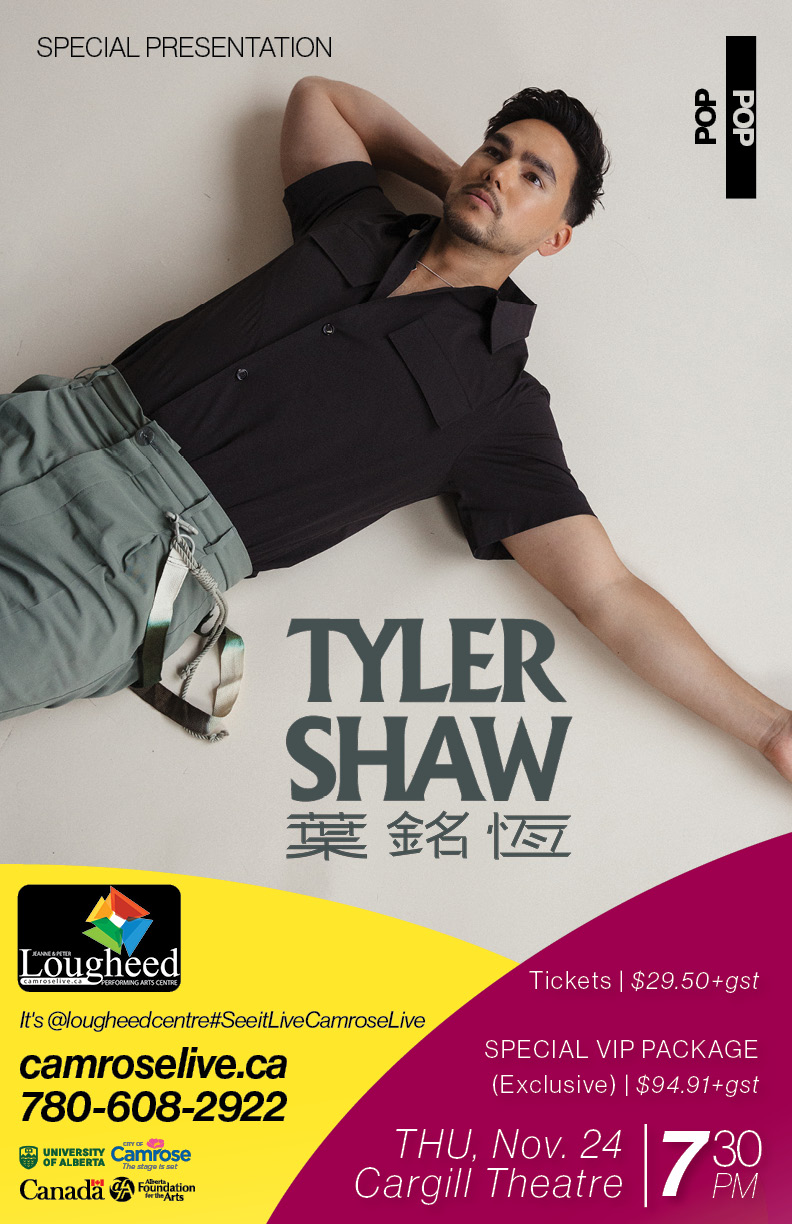 Did you know there’s a VIP package for this performance? A limited number of tickets for VIPs goes on sale July 20 at 10 a.m. Please call the box office at 780-608-2922 to purchase tickets to the VIP limited tickets.

Here’s what comes with the VIP ticket:

Tyler Shaw is a multi-Platinum-selling artist, producer, and actor. The Chinese- Canadian, originally from Vancouver, BC, released his hit song “Kiss Goodnight” in 2012, quickly hitting Platinum sales. In 2014, Tyler earned a JUNO Award nomination for ‘Breakthrough Artist of the Year’ and released certified Platinum track “House of Cards” and Gold “Wicked” from his 2015 debut album Yesterday. From his 2018 sophomore album, Intuition, Tyler’s first single “Cautious” reached Top 10 at Canadian radio and is now Gold. The breakout hit “With You,” reached Double Platinum status and the sentimental mid-temp ballad “To the Man Who Let Her Go” also went Platinum. These accolades earned him a 2019 JUNO Award nomination for ‘Pop Album of the Year.’ Tyler’s third studio album, the eponymous Tyler Shaw, was released in 2021 and features the hit bouncy summer song “Remember,” which also went Gold.

That year Tyler released his first holiday album A Tyler Shaw Christmas. Shaw has opened for massive international artists, including Shawn Mendes and Alessia Cara, and toured with Selena Gomez. In 2021, Tyler spearheaded (with Fefe Dobson) the collective artist initiative ArtistsCAN to raise funds for COVID-19 relief in Canada. The pair gathered other musicians from across the country, including Justin Bieber, Michael Bublé and Marie-Mai, to cover the classic single “Lean On Me,” with proceeds going to the Canadian Red Cross COVID relief fund. Tyler’s third studio album, the eponymous Tyler Shaw, was released August 20, 2021 and features the hit summer anthem “Remember,” the romantic ballad “When You’re Home,” and top 10 hit pop single “I See You.”

Most recently, Tyler released his viral rendition of GAYLE’s No. 1 hit “abcdefu.” “Love You Still” (abcdefu Romantic Version), started as a TikTok duet in late January. It reacted instantly with his fans. To date there are over 2.5 billion views of videos using the song on TikTok; over 10 million views of user generated content videos on YouTube; 14.5 million streams; and more than 500,000 videos created using the song.

The opened for Tyler Shaw’s performance is Olivia Lunny! 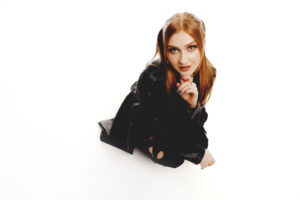 Olivia is a Canadian singer-songwriter who’s making a big name for herself. Check out the below video of her newest single. 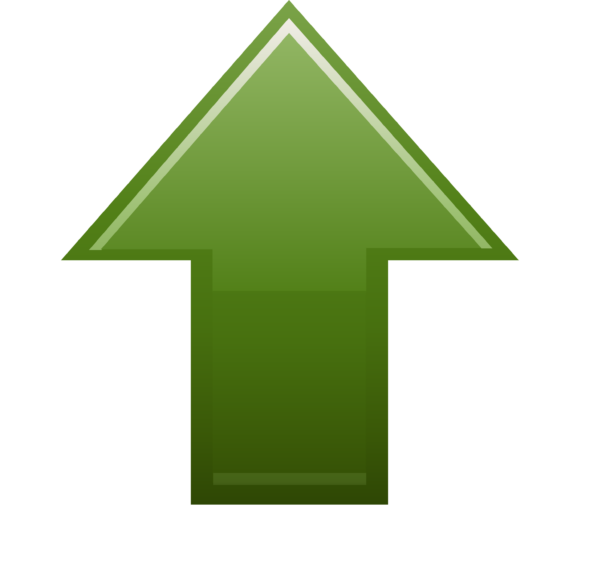 See what's on sale today and save.

What's the up and up? Subscribe to stay in touch.

You have Successfully Subscribed!